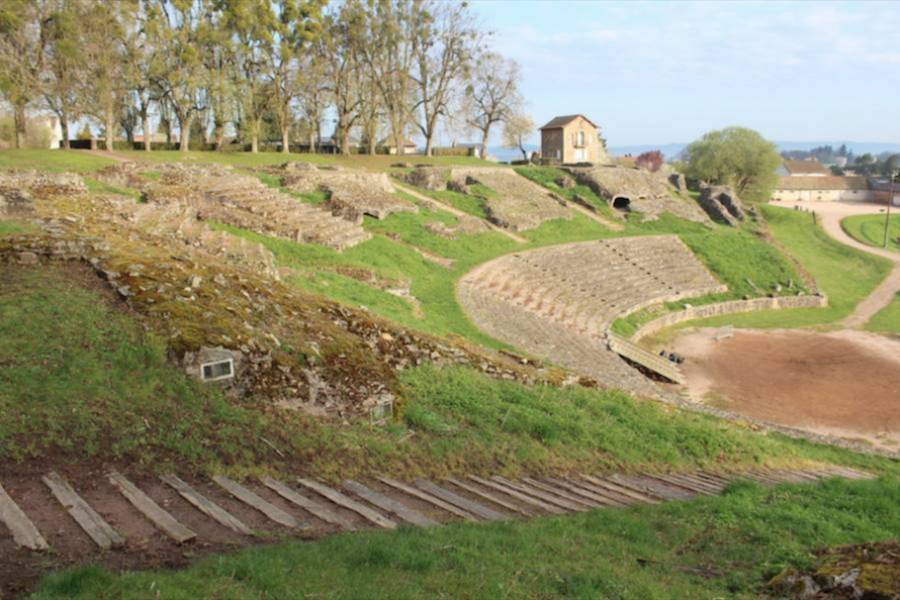 With its 12,000 inhabitants, Autun is a small sub-district of the Saône and Loire area in the Burgundy-Franche-Comté region. But less than 2000 years ago, it was the second largest city in France after Reims. It was then called “Augustodunum,” or the "Fortress of Augustus," named after the most famous of Roman emperors. It spanned an area of 200 hectares, twice as large as Paris and four times as large as Marseille. As the oldest center of Christianity in France, its influence was as much economic as intellectual, with its schools of (Humanities) Law and Letters, unique in this part of the Empire, and which already presaged modern universities.

Augustodunum was the capital of the Aedui, one of the most illustrious and richest Gallic peoples, the only city to be considered a "sister" to Rome. Autun still reflects today, through its grandiose remains, this privileged link which united the Aedui to Rome, from its 4 miles (6 kilometers) long ramparts pierced by majestic doors to the remains of its theater capable of accommodating no less than 20,000 spectators. With a diameter of 490 feet (149 meters), it is the largest of the Roman Empire along with that of Pompey in Rome. Even more exceptional, this majestic city was built in the 1st half of the 1st century, in just a few decades, founded almost from scratch to replace the ancient and mythical capital of the Aedui: Bibracte.

Augustodunum was the object of concerted urban planning along with a perfect grid of streets, and the construction of exceptional monuments of great size and splendor, with the now disappeared, temple of Apollo taking center stage, an immense structure built of the most precious of marble, Carrara. The immense construction site of the city took advantage of all the Roman technical genius like earthworks and water systems in spite of the obstacles of the uneven topography of Morvan. But the last mysteries of this extraordinary city are just beginning to be revealed. Like the "Infernal puzzle" of Autun, 1200 fragments of a mysterious inscription found in the 19th century, and that researchers could finally decode thanks to digital technology.

Over the past few years, the site of the Grands Champs next to the ramparts has also been the subject of an unprecedented excavation campaign using the latest technological innovations. And the amazing discoveries follow one after another. First, the discovery of a huge and mysterious prehistoric sanctuary of 8 hectares, the largest ever discovered in Gaul. And recently, the exhumation of a vast necropolis with 15 intact lead sarcophagi that archaeologists carefully opened and discovered, next to the skeletons, ornaments of a luxury and refinement never before seen in Gaul. How was this immense capital built in only a few decades? What technological challenges were surmounted to accomplish this monumental urban planning project? And what do the latest archaeological discoveries tell us about the role of this unique city in Gaul? All these exclusive discoveries allow us to reveal a Roman Gaul that was more refined than we ever imagined.