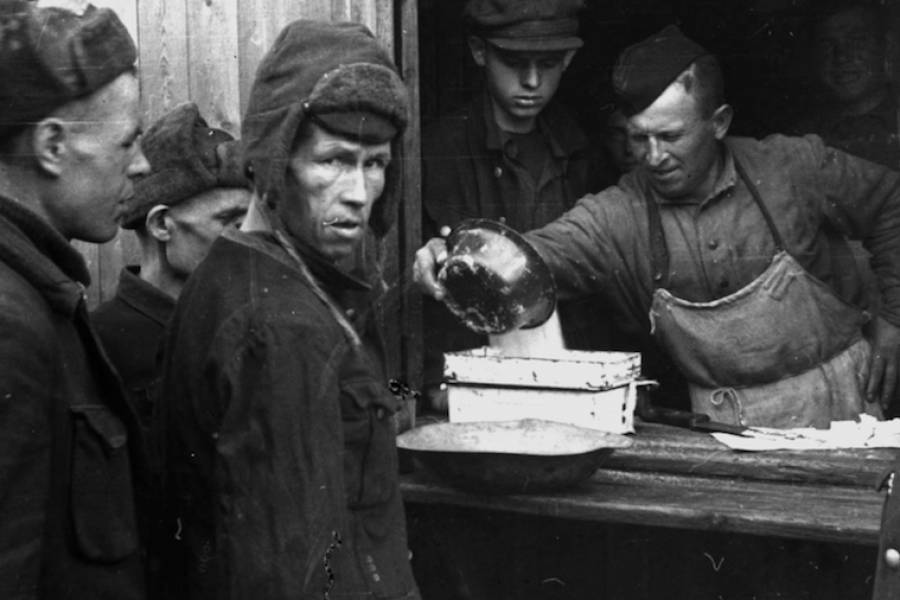 Did you know that there was a Nazi concentration camp on British territory during the war? In fact there were many surprising locations. The Sylt camp on the Channel Island of Alderney, Flastad in Norway, and Säuferwasser in Poland have been passed over by history. But thanks to researchers, these Nazi camps are rediscovered 76 years after the Allied liberation, revealing the vast scope of Hitler’s daily horrors.

The camp’s prisoners were the labor force for Hitler's massive projects, some among the largest of the 20th century and the remains of which still mark the landscape. The Anglo-Norman camps built the Atlantic Wall, the Norwegian camps, such as the one in Flastad, built impregnable fortresses, and the Arctic highway, known as the “Blood Road.” Finally, the camps in Silesia, Poland, began construction on the mysterious and unfinished "Riese" project.

All these concrete fortifications were built by the sweat and blood of hundreds of thousands of camp detainees. Cruelly orchestrated by the Todt organization, the forced laborers suffered a life of pain, fear and despair daily.

And yet today, there is little to nothing left of these camps, whether it be the rubble of destroyed buildings or traces forgotten prisoners. “Don't mention the war," reads a poster in a pub in Alderney. The labor camps are buried, hidden under new buildings, while the bodies of the executed prisoners were mostly exhumed and moved.

Recently, a new generation of researchers has begun the fight to recover evidence of these camps. With national archives more accessible than ever, valuable information combined with scientific, investigative techniques allows researchers to locate and identify the hidden camps, by their traces on the ground. This meticulous work allows us to rehabilitate the memory of those who lived and perished there.

The goal of this documentary is to explore the remnants of Nazi structures, along with archival propaganda of their construction, to decode and place them in the historical context of WW2 War and the 3rd Reich.

How have these centers of atrocity escaped scrutiny? Was it a deliberate Nazi effort to erase evidence of their crimes? An attempt at rewriting history? Or simply a lack of local will to confront painful memories? Taking an investigative approach, we will uncover the true reasons these camps have faded from the records.

Using stunning 3D animation, we will reconstruct the critical stages of these scientific discoveries, revealing the structural evidence of the labor camps hidden in plain sight beneath the modern landscape. Through interviews, letters, and personal drawings, we will ultimately give voice to the prisoners of these forgotten camps, to bring their personal stories to life.