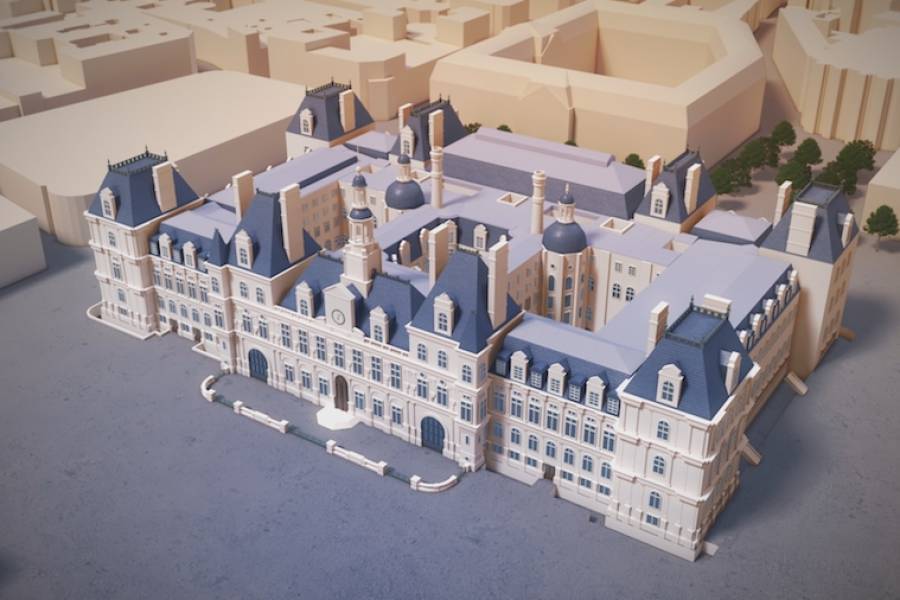 Built on the banks of the Seine, the Hôtel de Ville in Paris, emblem of the French capital is twice the size of the White House. Home of decision-making for the daily life of 2 million Parisians, the Hôtel de Ville is also reception location of an international scale. Many well-known names, such as Queen Elizabeth or Nelson Mandela, have been received there.

With 14,476 square metres of floor space, a 50-metre high bell tower, 7 kilometres of corridors and more than 600 rooms, including rooms overflowing with gold, paintings and sculptures, it is the largest city hall in Europe.

Struck by fire in 1870, the building was completely destroyed by flames. It was rebuilt in a record time of just 5 years by more than 1,000 workers, to become one of the most prestigious places in France, sumptuous in its appearance, while offering the most revolutionary technologies of the time.

How did the architects of the time achieve the feat of identically reproducing the facades of the old building while also increasing it’s size? What techniques were used to ventilate, heat and light such a gigantic place?

Thanks to the best experts from the Paris Hôtel de Ville and a complete reconstruction in computer-generated images, discover this unique architectural masterpiece built in the heart of Paris, one of the most exceptional and little-known megastructures of the French capital.