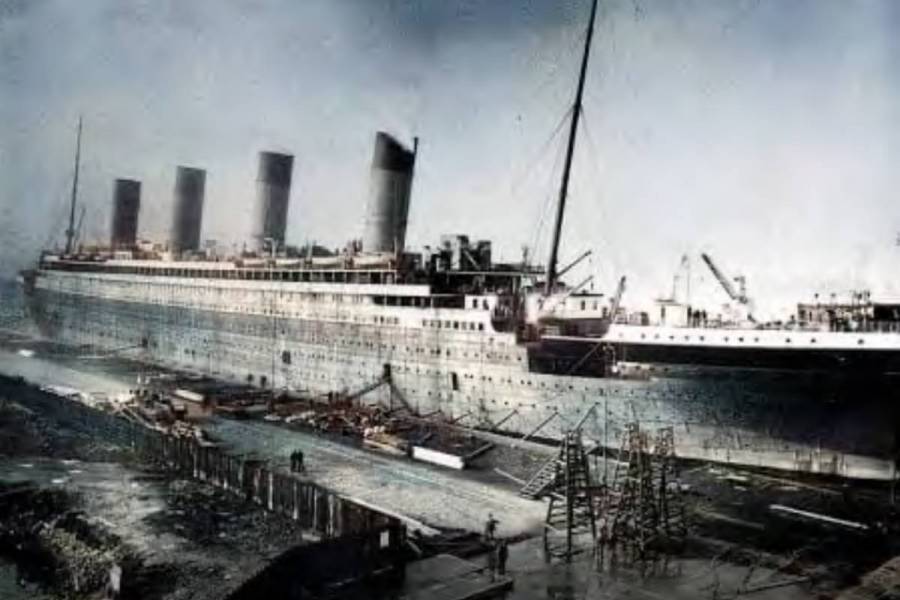 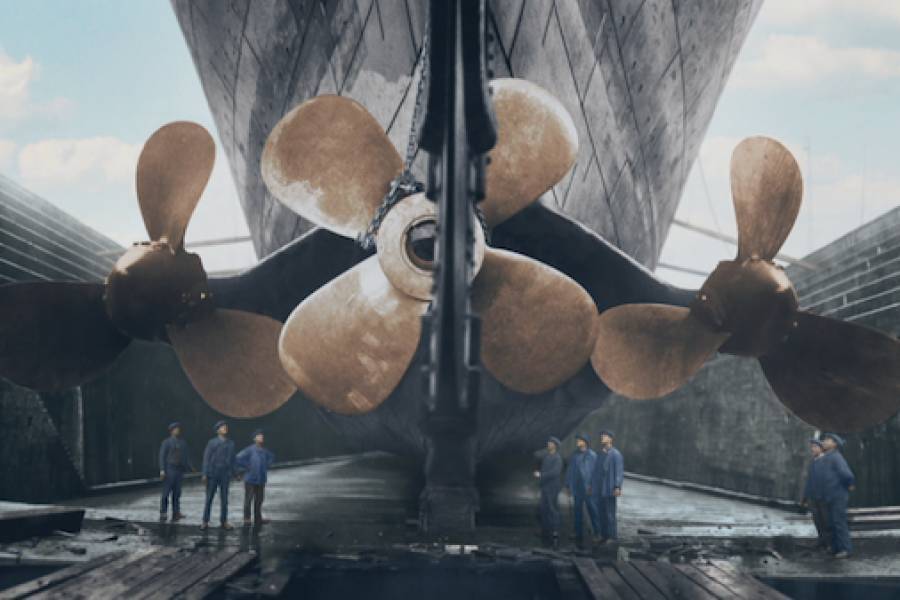 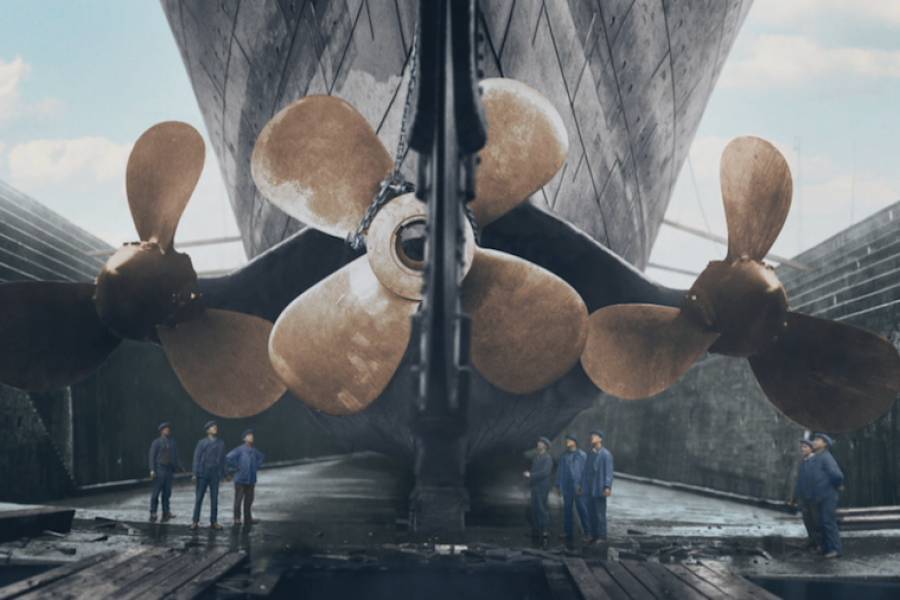 You already know what happened on that terrifying April night in 1912. But the epic tale leading up to the disaster is as incredible as her legendary fate.

From a preposterous idea hatched by two visionaries to the glorious day she set sail five years later, TITANIC: GENESIS OF A GIANT chronicles the virtually untold story of the supersize steamship’s construction. And reveals how 15,000 men toiled day and night in life-threatening conditions to create a state-of-the-art floating city.

A revolution on the high seas, Titanic pushed the boundaries of civilization. And to pull off the biggest-ever feat of naval engineering, the White Star Line created a colossal construction site unlike anything the industrialized world had ever seen. Because they weren’t just building one gargantuan ocean liner-but three of them. That’s right. Within the span of a few short years, the Titanic, the Olympic, and the Britannic all took shape in the same Belfast shipyard. And each was bigger, faster and more luxurious than any other steamship ever built.

Chronicling every stage of construction, TITANIC: GENESIS OF A GIANT bears witness to this epic feat of engineering. Based on original blue prints and never-before-seen archives, cutting-edge special effects bring these naval wonders back to life on screen. We witness them taking shape-and head below decks where their technological marvels are exposed.

Period artifacts and colorized archives bring us closer to the army of workers who made it all possible. And leading experts and historians reveal the innovative technologies that were developed and perfected on site.

Along the way, we expose all the incredible numbers and jawdropping details. And discover the outsize ambitions that made it all possible—but also led to her dramatic demise.