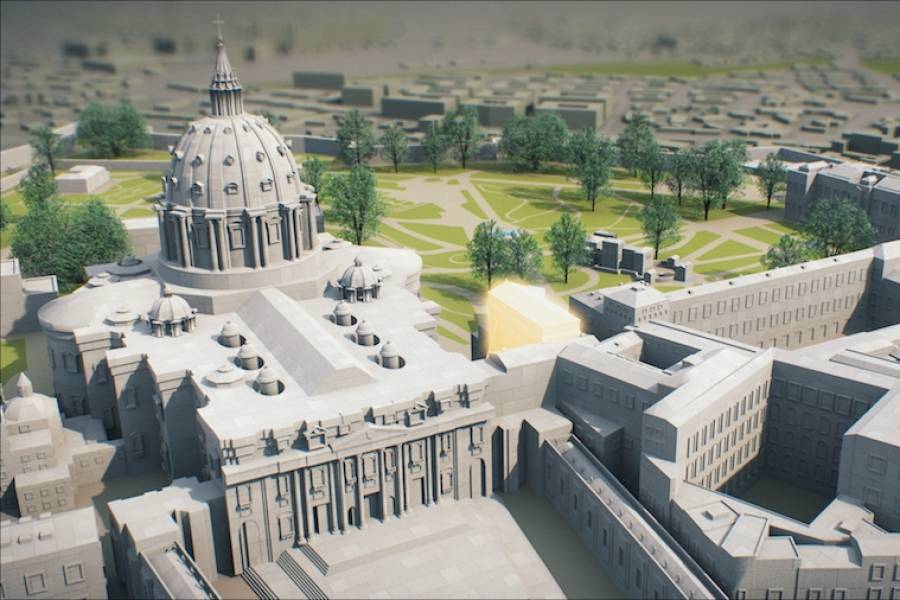 It stretches on less than 500 square meters... Although the Vatican consists of a micro-territory, in less than 2,000 years it has not only become a spiritual beacon for 1.3 billion Catholics, but also an exceptional treasure of world heritage. And to think that this site was originally practically empty... Everything was built around a crucial location: The Tomb of Peter the Apostle. A modest grave that triggered a series of grandiose constructions, starting with the first basilica built during Antiquity, yet almost as big as Notre-Dame de Paris.

As a follow-up, the architects were even more ambitious. The new St. Peter's would become the largest church in the world. But its construction was a technical conundrum, becoming a fascinating adventure with exciting twists and turns. For example, how to build a dome 42 meters in diameter, culminating at an altitude of over 110 meters, the equivalent of a 30-story building? Everywhere in the Vatican, architecture is at the service of the papacy. And behind all of these wonders lie a multitude of unsuspected technical challenges. To paint the Sistine Chapel, Michelangelo designed his own scaffolding. To optimize St. Peter's Square, Bernini imagined a most original design capable of accommodating 300,000 faithful! Out of sight, an 800-meter secret passage was designed to allow the popes to escape from the city. In order to store the Vatican's massive archives, an underground bunker was built under the courtyard of the museums.

In the magnificence of emblematic rooms, behind doors traditionally closed to the public and with the help of 3D images, you will discover the building secrets of a megastructure with a truly unique history: The Vatican.