Eiffel: the Centenary of a Genius 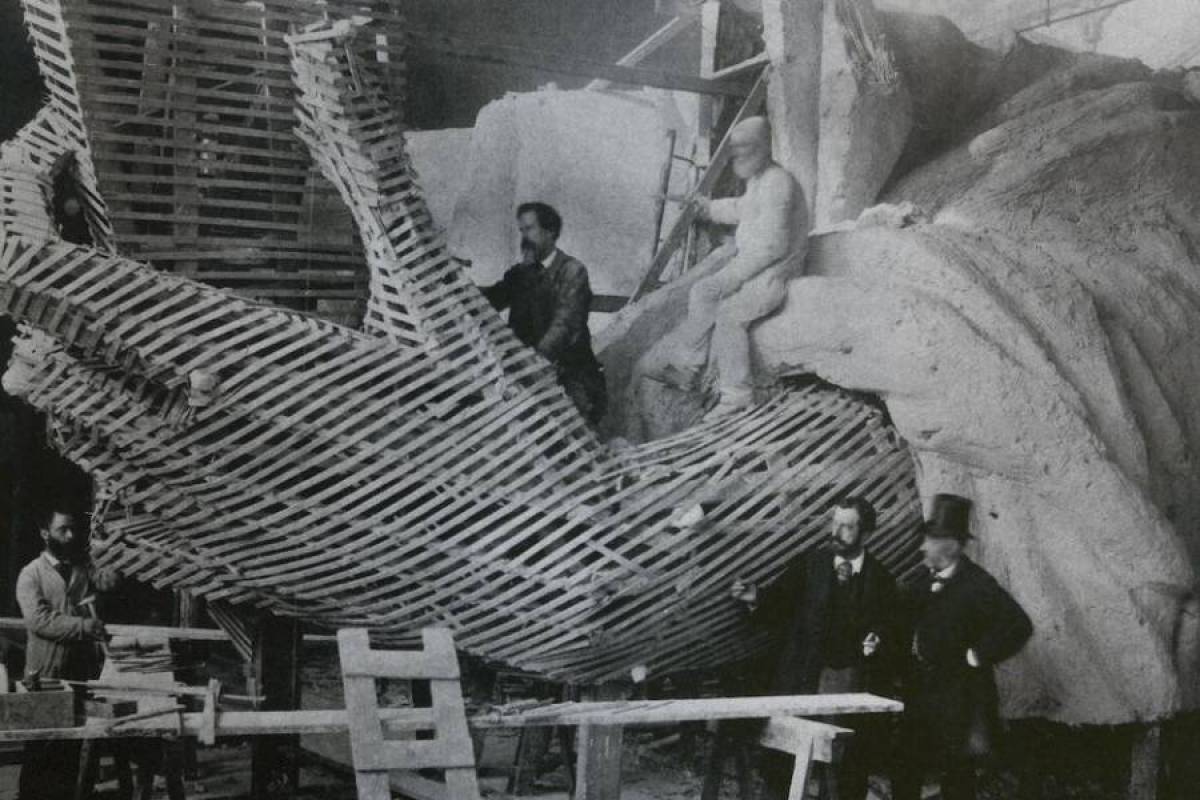 His 59 years of construction achieved over 500 works, scattered all over the world: bridges, train stations, structures, lighthouses, statues…nothing could stop him! Other structures carry his style and influence proving the existence of an “Eiffel trend”. What methods and techniques did he offer to the world of construction?

For the first time, discover how Eiffel spread his knowledge over the world, giving birth to many designs which are over 150 years old, and still in use today. His most famous achievement is the Eiffel tower. Standing tall over Paris and formally known as “the 300-meter tower”, it is now more than a symbol: It embodies France as a whole, across the world, and defines his entire work… By closely inspecting his famous tower, we will trace the career of a genius engineer who overwhelmed construction on a global level through all of his creations.

It all started in 1857, Gustave Eiffel was only 25 and already supervising the construction of the Saint Jean railway bridge, in Bordeaux. A bridge towering 500 meters over the Garonne River, the highest in Europe at the time. For this first challenge, Eiffel wasn’t content with a conventional approach via pre-established methods. To securely anchor this bridge into the Garonne’s turbulent bed, he conceived a new process: compressed air foundations. The method was a phenomenal efficiency enhancer, saving a considerable amount of time for the site, and turned out to be the precursor to Eiffel’s style: a light, openwork metal structure, reinforced with cross bracing beams.It didn’t take him long to apply this style to his own creations, pushing metal construction to new heights. He systemized the use of rivets, as opposed to that of traditional bolts and nuts, a technique allowing to remove the amount of play between metal parts thus limiting wear and tear. The works he designed gave him a solid reputation and projects from all over the world reached the Eiffel Company. Eiffel went on to fully express his ingenuity. Such was the case in 1877, the construction of the Budapest railway station, with a metal structure linking two conventional stone buildings. Back then, metal was used solely for technical structures such as railway bridges or for the framework of buildings. Nevertheless, here, the iron was openly displayed as the main contributor to the appearance of the new railway station.

Demand for Eiffel’s art boomed across the world. For the Cubzac Bridge in Dordogne, a classic Eiffel design, he perfected a new technique of lateral sliding: moving construction forward from both ends of the bridge simultaneously. The amount of time saved was phenomenal. This invention, in addition to a design proposal being three times cheaper than that of his competitors, helped him gain the construction of the Maria Pia Bridge in Portugal. From then on, his rivals had no choice but to copy his techniques. Project after project, he would gradually change the science of engineering. Shortly after his success in Portugal, Eiffel was appointed to design a bridge in a location considered to be impassable: the Garabit Viaduct. To achieve this feat, he based his design on that of the Maria Pia, which was made a few years back in Porto, and adapted it to the location’s topography. From then on, he decided to pre-assemble different parts of his structures, ahead of construction. Again, the amount of time saved was remarkable. This also paved the way for a new service his company would provide: since the construction of the Garabit Viaduct, he was capable of manufacturing average sized, plain looking bridges on an assembly line, which had the particularity of being delivered in kits, and easy to assemble for small teams of workers with limited qualifications.

His bridges took over the world! One only had to travel to the most modern looking city of them all to appreciate Eiffel’s global influence: The New York bridges, including the Williamsburg Bridge, seem to have come straight out of the engineer’s imagination. They were based on all of his techniques.

The deserved recognition occurred with the creation of the Statue of Liberty’s framework. Eiffel was considered the only person capable, and above all worthy, of such a mission. For the past 130 years, the statue stands erect against the potent wind blowing through New York Harbor.

This 52-minutes documentary assesses 59 years of construction, ingenuity and technical solution. Thanks to the expertise of renowned experts and 3D modelling revealing the secrets of the construction methods, we will travel back to the fascinating 1900s and meet one of the most remarkable geniuses of his time.