Venice: Building Beauty from a Swamp 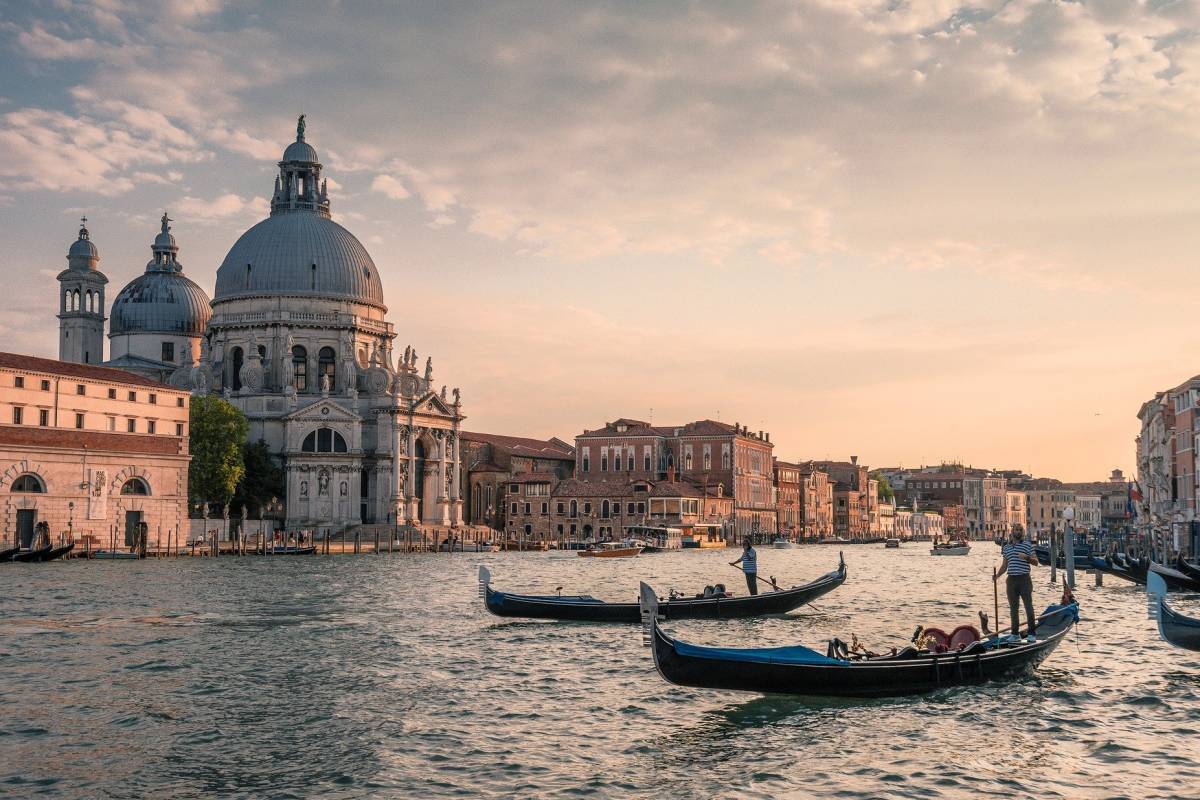 Venice is like no other city. It was built more than 1000 years ago in an unusual and hostile environment: a lagoon. Its coastal area includes 121 small islands, separated by 176 canals, forming a 50 km network. The city is equipped with the highest number of bridges in the world, 435 in total.

Those who shaped the city doubled their efforts and created underwater foundations to build stable yet shifting houses. To waterproof areas that were temporarily dry, they used unprecedented techniques, sinking piles directly in the caranto, a very stable layer of clay located 3 to 9 meters underground. What materials did they choose to resist water corrosion and to lighten the buildings? How was the equipment transported on location? The Santa Maria Basilica required over a million tree trunks, each of which were 4 meters long….

In their journey to adapt to a lagoon environment, Venetians have developed an extraordinary collection of vessels; gondolas at first, followed by the naval fleet, elevating Venice to the first colonial empire of the Middle Ages. Galleys, which were used as war ships and to transport goods, were fabricated at the Venetian Arsenal, the biggest factory in Europe at the time (25 hectares, 16,000 workers).It was the first location in the world where work was organized via an assembly line. The infrastructure of the ship moved from workstation to workstation as specialized operators could assemble a galley in a day’s work!

Thanks to 3D sequences and the best experts in the world, dive into the secrets that gave birth to Venice, the “Serenissima”, an urban jewel erected on a briny lagoon.