Verdon: Mountain of the Dams 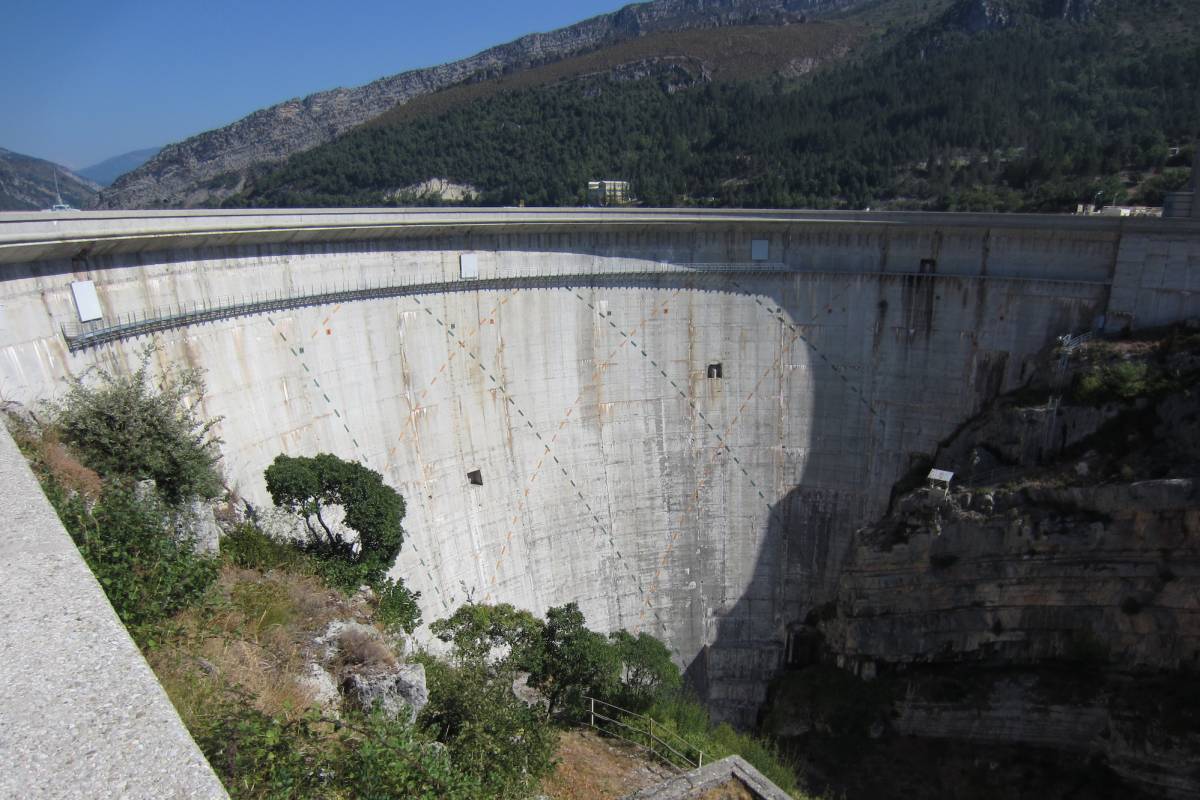 Located between the departments of the Alpes-de-Haute-Provence and the Var, the Verdon Gorge is one of the most visited tourist sites in France. Today, a not-to-be-missed piece of French heritage, its sheer scale quite naturally makes it the grandest of canyons in all of Europe.

A veritable megastructure in its natural state, it was formed more than 200 million years ago, and man has managed to tame and master its powerful wildness to make the most of the site's exceptional qualities.

Because no less than five dams have been built on the Verdon path. Five dams and just as many building challenges to overcome. It took almost 20 years to build the first of them, the Castillon Dam. Ninety-five meters high, it allowed for the installation of the largest sundial in the world, on a single support that is 100 meters high and 200 wide. The Sainte-Croix Dam, built in 1974, gave rise to the fourth largest lake, by surface area, in France.

Long before these dams were built, beginning in the 19th century, the Verdon had its own canal. Making it possible to transport water from the Verdon River to Aix-en-Provence and the surrounding towns, its construction represented a real feat at the time, which was recognized at the Universal Exhibition of 1878. Eighty-two kilometers long, it's made up of 61 underground passages, 66 aqueducts, 13 bridges and 3 aqueduct bridges, just to name a few.

From the creation of the gorge to the most recent constructions, we will plunge into the heart of Provence to discover how one of the most beautiful sites in France was formed, and how engineers from all eras were able to take advantage of the strengths of the Verdon, and thus reveal the largest canyon in Europe.